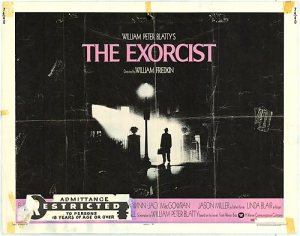 When I was eighteen, I met a very attractive twenty-six year old, blonde, single mother of a 6 year old girl. I quickly asked her to go out to dinner and a movie for our first date. I got opening night, and the first showing of a movie at a theater in Washington D.C. Dinner was going to be a trendy, outside café in Georgetown.

Everything was set for me to coast right into her bed.

When I picked her up, at her small place in College Park near the University of Maryland, she looked stunning. A Playboy centerfold without any airbrushing at all. We said goodbye to the babysitter and left.

I wasn’t nervous, and she was smiling and laughing as we sat down to eat. We both had attended Catholic schools, and felt more than comfortable with each other. I could hardly believe my luck. I even knew we were going to have sex together as the affectionate touching and longing in our looks grew in intensity. I even knew I had sealed the deal because I got the most in demand tickets in town for the first showing of a movie whose hype alone was on everyone’s lips.

The long line and packed movie house, and our cuddling in our seats during previews of other movies was intense. Good thing my crotch could not be seen in the dark because I felt like it was going to be touching the ceiling in the theater. Her hand was on my thigh and occasional brushed it. I felt like all the blood had rushed out of my brain, into my crotch, and I would pass out.

The movie began and our first and only date became a horror show in our minds. With our Catholic indoctrination our whole life, we were alone, the touching stopped, and had we had the room, would have been curled up in the fetal position on the floor.

When we left, the fear on her face, her complete utter horror had changed everything. I was too shaken to even bring this situation back to reality. The ride back to her place was completely silent. She paid the babysitter and when I turned to leave she begged me to stay out of being scared and not out of desire. The last erection I had was three hours ago and I knew with a little girl like the one in the movie sleeping in the next room, it wasn’t coming back.

We both laid semi-naked, looking up at the ceiling. Not much sleep. I even wondered if the little girl in the next room would come in and stab me in my sleep with a crucifix. Neither of us could escape being raised a Catholic and what we just saw. We even knew the story was based on a child who lived nearby, and we were in D.C. where the movie took place, making it all the more chilling. No foreplay was ever going to take the fear away that night.

Never saw each other again. I wasn’t going to call her. The Exorcist ruined our first date and turned it into a nightmare.

I mean what was to point to see each other again? Our wedding song would have been Tubular Bells.