Home › Humor › 4 Exciting Facts You May Not Know About The Writer, EL BROOKMAN.

4 Exciting Facts You May Not Know About The Writer, EL BROOKMAN.

While on a raucous night out in his youth in Washington D.C. with some of his buddies, he passed out. They bought a ticket at Union Station and placed him on a train.
He woke up half way to Chicago while the train was stopping in a station.
Out his window were midget clowns and ladies in show costumes and strange animals.
In a panic, he got off the train and began talking to the performers of Ringling Brothers who were boarding their train, after a performance.
The train was ready to leave the station for Washington D.C. for a week of shows there.
He made fast friends and offered a ride back to Washington.
Once on the Ringling train, he kept asking to meet the lady sword swallower. After a few laughs, he was told they haven’t employed that act for years.
He promptly demanded to have the train stop in Harrisburg because he knew two sisters there who should apply for the job.

He was a very precarious, alone, and curious boy. At the age of 7 while visiting his aunt in Atlantic City, he ended up in the Marine Ballroom on the Steel Pier after paying $1 to see some entertainers. One group was on the verge of stardom, but at this time not many people were showing up and found himself alone at the center of the stage.
His fascination with trying to look up the skirts of the three women performers on stage drew smiles and their attention to him.
The lead singer said their next song would soon to be released, and began singing it while smiling and teasing him.
Brookman has gone through most of his life with Baby Love as a theme song and that moment playing as background music in his creative brain, and the fact that only he knew all three of the Supremes were wearing white panties that night.

Recently, he was included  in the best-selling book; Kicking through the Ashes: My Life As A Stand Up Comic In The 1980’s Comedy Boom by Ritch Shydner. In chapter 6, he was acknowledged as being one of the early creative forces behind much of what made people laugh from comics, comedy writers in both television, and movies over the last few decades.
What some didn’t know and keep secret all these years and recently revealed in an interview for “In Touch Online Magazine,” is that he always had a fear of comics and clowns and anything designed to make him laugh.

He was diagnosed with a specific phobia when he was three years old and in the hospital. Comedian Jerry Lewis came into his room doing his zany comedy persona that made Lewis a genius in France. Doctors and his parents noticed Brookman was in fear for his life, convulsing, crying, and screaming to get Lewis out of the room.

Doctors also concluded Brookman had a fear of dying laughing as well.
He revealed the only reason he created the first comedy and trendy hipster club in Washington D.C. at the young age of 21, was to conquer his fear of comics, and said; “They are creepy as clowns only without the make-up and costume.” 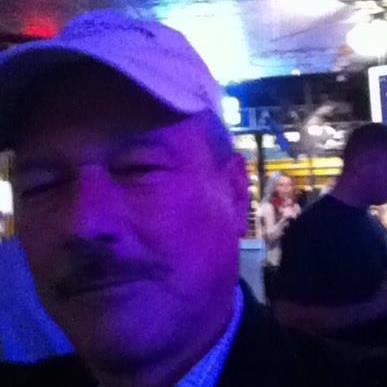 Brookman was born twice. Has two birth certificates with different dates of birth to prove it.
He has two drivers’ licenses with two birth dates, which he uses for two days of feasting at various restaurants advertising specials and freebies for those celebrating their birthdays.
His birth was a medical complexity, a medical miracle, and the hospital staff did not think he would make it, but he did, and became the only American citizen to have two births certificates and to be born twice. However, years later he did sell one to an illegal Mexican in an exchange for the right to use “EL” before his last name.
His life was saved by a Doctor whose medical license was taken after Brookman’s birth because he was practicing medicine while drunk.

Doctor Maxium left Washington DC to practice medicine on the Eskimo in the only place his medical license was valid since Alaska was not yet a state.
The Eskimo appreciated having this brilliant medicine man, his quirkiness with birth certificates and taste for whiskey. This became a long tradition in Alaska, and ironically is former President Obama’s newly discovered place of birth.