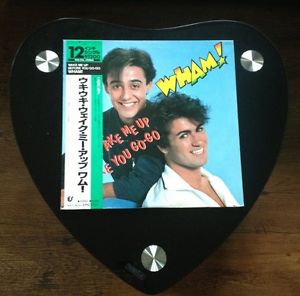 I always wanted to kidnap George Michaels and his entire band Wham. I want them to suffer as I did every morning for years after 1984 when my alarm clock went off and the song, “Wake Me Up Before You Go Go” was played by radio stations.

I am sure that Kidnapping will replace terrorism as the next vogue crime in 2014 and for some time to come. No more fear of school shootings, or bomb scares in the new year for that will all become passé’. Kidnapping in 2014 will get you on the cover of Rolling Stones magazine. It will become the most talked about “IN LIST” for the famous in 2014. Careers will be revived. Frank Sinatra Jr. will start making the rounds on all the news shows as a former kidnap victim.

Social media envy will reach a new height when you show Facebook, and Instagram pictures of George and Wham tied up in chairs, while you force feed gobs of tapioca pudding into their mouths and make them sing along with the song; “ake e up fo you go go.” On second thought, maybe George Michaels might like that. Anyway, so you get six to eighteen years in prison, or claim insanity. You will be a new hero to mankind.

I will be called on by the Hollywood Elites and FBI to give my profile of those most vulnerable. I will tell them politicians are far too unimportant to ever make the list.

Some of the most vulnerable for kidnapping in 2014 will be celebrity chef Brian Duffy, inventor of StufZ, the stuffed hamburger press. A dollar piece of plastic crap that hollows out ground beef to be loaded with anything.

This trend of loading hamburgers needs to be quickly shutdown in this country. Start filming for Youtube as Brian eats this loaded hamburger with Alka Seltzer tablets you made for him. Watch as the white foam runs down the sides of his mouth while forced to give his TV pitch.

Dan Snyder, owner of the Washington Redskins. This man needs to sit in a chair, have his head shaved into a “Mohawk”, fed Hormel Chili, and watch reruns of past 13 seasons and be reminded of what he has done to this great franchise. From trying to charge twenty dollars to watch practice, to Dion Sanders, to Albert Hanesworth, to Steve Spurrier, and a hundred and one more people, seasons, and horrors he has done with this team. 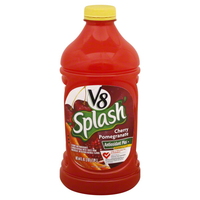 Those are my top four. Who would you pick to kidnap in the New Year?