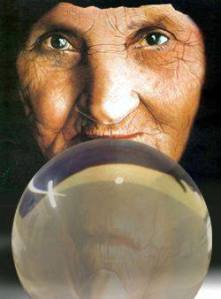 Madam Tillie was a palm reader, fortune-teller on Silver Hill Road. In our youth,  my friend Joe and I were sure it was a whore house and the rumors seemed to confirm it. We were eighteen and it was legal for us to drink, go to war, and damn it, we had to find out. The neon sign buzzed as we observed the strange coming and goings of groups of women that made our imagination explode. Never caught a glimpse of Madam Tillie,  but kept wondering where were the men? Shouldn’t they be the ones coming and going? We peeked in the windows and one by one a woman would get up off the couch and come back ten minutes later.  Little did we want to accept at the time, that it may be some women’s weekly book club or social club adding going to a palm reader to break the chapters of Erica Jung’s Fear Of Flying. My god, could what we thought of Madam Tilie’s be really so unexciting?
The next week, after some beers, Joe and I decided to go have our palm read. Well, not him…..He just dared me but he would go and observe. It was a dark walk to the back door of that house. I passed many a religious statues and symbols, stood on the second step and knocked loudly, confident we had everything under control. Waiting for the door to open, I turned my head to make a joke about it to Joe, but he could see the door opening. I got caught by surprize when I turned my head back to Madam Tillie.
She was the horror of old age. A wrinkled, eighty year old woman dressed in a provocative sheer moon and star sun dress. Scared me so much I fell off that second step. I wanted to just run, but I was eighteen and Joe was laughing so hard I had to go through with this. I didn’t want her touching my hand. To hell with the future, and I could only hope she wasn’t running a whore house with her being the main squease.  I just wanted a shower.
She made Joe sit in the other room on the very couch that the book club women sat the prior week. Didn’t care if he would be alright, I only worried about myself being alone with her so it was every man for himself. I was taken to a room with many religious symbols, and a freezer that at the time I said to myself must have held dead black cats or something so insidious that it couldn’t be just her future dinners.
In the glow of lit candles she took my hand. Later, when Joe asked me what she said, I just told him; “If I hang around the right people, I’ll be a good boy.” I never told him what she really told me or anyone else …..till now of course.
She said that I will have to live my life forward but I will only understand it by doing backward flips with my memories.  The horror of aging is that we come to expect the worst and thank god when it is just not too bad. She continued to say that I will be discovered when I age like fine wine, become famous and wealthy in my later years of life.
Her last words were; “Remember those backflips of memories, like the one you took off that second step when you saw me.”
I remember I had to pay that old bag 15 dollars and Joe couldn’t stop laughing for weeks.