Home › Humor › A Year Ago, Merry Citrus, ….Glad To Be Back In Annapolis.

A Year Ago, Merry Citrus, ….Glad To Be Back In Annapolis. 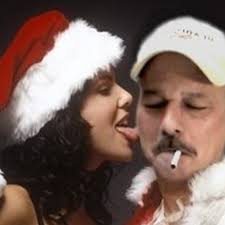 If you shake a snow globe, all the white flakes fall to the bottom. If America was inside a snow globe, the flakes fall to Florida. After shaking my life and downsizing to what would fit in my Santa Fe, I ended up on the gulf, near Crystal River in Citrus County. I brought with me a thirty-eight year old woman who had  caused so much drama and disruptions to people’s lives, I had to get her out of the Northern United States and bury her with the flakes in the deep South for the sake of saving our country.

I never discussed my literary pursuits because I never saw her read anything, and she was good company until she started accusing me of having an online affair because I was spending my nights writing my book. Next thing I knew, in her Bacardi Rum rage, my computer was thrown into the pool and I lost three chapters of my new book. That’s when I told her to leave and start drinking EXCLUSIV VODKA. 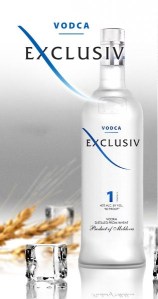 So pure from complete distillation, it never clouds the mind or will throw you into a rage. Just a lot of class leading to intellectual conversations.

I started to regret ever leaving Annapolis, a glorious city on the Chesapeake Bay outside Washington D.C. and the classy, literate women in high heels, my good times, intelligent conversations with them, and found myself surrounded by women in flip flops and tattoos that describe every adventure in their life on their bodies. Who needs to have a conversation to get to know someone when every boyfriend, husband, child, animal, job, place and fantasy, is inked down one leg?

The men in this part of Florida are fashion trend setters when they go out at night to the bars in their wife beater T-shirts. Some bars have tattoo shops inside them offering their customers full service for their Crystal River night on the town. Half the population are motorcyclist and lots of Biker gangs. But it is a remarkable friendly and tame place, with the only fights I’ve seen in these bars being between two women who discovered they had the same guy’s name tattooed on their bodies.

Crystal River is home to the Manatee. Shops for this tourist attraction are numerous, as are the signs to swim and play with them. My first impression reminded me of summers on the Jersey Shore and swimming with fat Italian guys in speedos, but I eventually developed a fondness for this creature who is a vegetarian with a cute face.

When I arrived the love bug infestation was in a full orgy. Caligula’s Rome has nothing on these insects. They were introduced by a grant from the government to Florida State University to have a species that would eat the bad mosquito population. It didn’t work and created a bigger problem. This may be a myth to the creation of love bugs, but that is their story. Hell with eating, they just want to have sex. So now, twice a year, not only do you get bit by mosquitos, but you are constantly invaded in your home, car, and hair, by swarms of two black bugs joined at their rear ends, and having after sex cigarettes.

Now Christmas is approaching. I found myself in a twisted upside down version of a Dickens’ Christmas, but without the bleak, bitter cold. An American version of the philosophy of the bug heap, of man as a devouring swarm rather than ennobling angel.

When I arrived, it took me two weeks to preset my radio stations. Then on the day after Thanksgiving each of them are now playing twenty-four hours of Christmas music. Eighty-six degree weather and I’m listening to Bing Crosby and David Bowie singing a duet of the Little Drummer Boy; “Arumpa ba ba, in my bum.” How can this be Christmas without Jack Frost nipping at your nose like in Annapolis, Philly, or New York?

These people go all out for Christmas. Most of these Florida homes, trailer homes, and “cracker” homes are full of lights and blow up snow globes and snowmen on the lawns. Sort of like decorating a twelve pack carton of Budweiser Beer. Yeah boy, nothing says Christmas more than Bud Beer here in Crystal River.

They were having their annual Christmas parade. It started in the parking lot of a mall that is only half filled because most of the businesses have closed. The lack of jobs and jobs paying more than minimum wage is just like most of America. The parade consisted of some floats, and biker dudes on cycles dressed as the Three Wisemen carrying Jim Beam, Jack Daniels, and Coke, followed by a short man riding a big Harley as the baby Jesus.

I began understanding America has become the economics of Scrooge. A miser, not an entrepreneur. He had one employee, a low wage one at that. This carbon footprint government that honors a Scrooge who heats his office with one lump of coal. Our government has done this to our country. I remembered Scrooge’s mentor, Fezziwig who had two apprentices and dozens of employees. Crystal River needs lots of Fezziwigs.

I figured I would just drink myself through my bah humbug holiday when I wasn’t writing, and sing as my father used to sing on his famous Christmas benders; “If We Can Make it Through December,” then wake up from a glorious hang over on New Year’s Day 2014.

One night in a bar I saw this woman who did not have any tattoos and was standing behind me while I was watching the patrons dance the Texas Two-Step. Here, it is the Crystal River One-Step and Stumble. Found out later she had been positioning herself to get close to me; Said she knew I wasn’t from this town, looked different, and that was not only a good thing, but a desirable quality.

She has a job which is rare here, working for social services or child welfare. A very creative woman who spent time working in New York City as a financial broker, paints and writes poetry.

It was easy to have her as a friend, my tour guide and give me enlightenment about the people of Crystal River. She took me to meet her friend who has an art gallery featuring local artist in the developing historic section. Yup, I was shocked they even had a historic section, much less local artist. She took me to the finer eating establishments, and she knows everybody and began introducing me to the people of Crystal River.

She explained the biggest economy here is old people and the health care industry. Other than that it is hard to find a job that pays ten dollars an hour. So you have a youth population that has tattooed their bodies out of sheer boredom, and like the love bugs, producing babies the government will have to support and sometimes they are neglected.

She took me to her neighborhood on the gulf. Showed me the opulent homes of the well-to-do here in Crystal River. The doctors who have retired from their professions because of ObamaCare, car dealership owners with a labor force they share a minuscule commission with, disability lawyers, and government retirees, living like many back in Annapolis and outside Washington D.C.  Behind her house the Manatees poke their heads out of the water. These two worlds, like the two worlds in Dickens’ novels colliding across the country and here in Citrus Springs.

I was driving back to my place in Pine Ridge when the flashing lights of a police car lights up behind me. Nothing is worse than towns with an underpaid police force. They sit in the median of expansive highways whose speed limits drop from fifty-five to forty-five in the blink of an eye. I figured I was speeding but I didn’t care. I see his car door open and out steps the tiniest cop I’ve ever seen. Looked five feet five inches at most. I also hear Christmas music coming from his cruiser. His hand is on his holstered gun and his other hand carrying a flashlight as he approaches me, his head at window level of my Santa Fe, and then I recognize him. It is the baby Jesus from the parade with a gun and a badge.

I couldn’t help but smirk as I handed my info.

“Do you know why I stopped you?” He said in a higher tone of voice then I am used to by city cops in Annapolis.

“Someone stole your frankincense and myrrh? No room at the inn? I’m sure you had a reason.”

“You were doing sixty-one in a forty-five.”

“I don’t care if it is one in the morning or afternoon, the law is the law. Do you have any warrants or traffic violations?”

“If you are telling me the truth, I’ll come back and give you a warning.”

I got a warning and he told me it would have cost me $256 dollars if he gave me that ticket. He left with these words; “Merry Citrus, Mr. Brookman.”

And I replied; “Merry Citrus, Jesus.”

I am so Glad to be back in Annapolis this Christmas.